To mark the 500th anniversary of Leonardo da Vinci’s death, SwissMAP members Shaula Fiorelli and Joana Mailler, respectively co-director and Mathscope & Exhibition Coordinator, set up an exhibition around this universally known ge- nius. This project was set up under the aegis of the Scienscope and the University of Geneva, and involved several partners: the Earth Sciences Department’s Terrascope as well as the Astronomy Department of the Faculty of Sciences, the Departments of Musicology, Italian and History and Philosophy of Science of the Faculty of Arts, the NCCR ChemBio, the Animuse and Mondes Imaginaires associations, the Martin Bodmer Foundation and the Bibliothèque de Genève (BGE). The aim of the exhibition was to celebrate Leonardo’s genius by presenting some of his lesser-known research and contributions in fields such as music, mathematics, astronomy, earth sciences and biochemistry.

The exhibition was financially supported by the SNSF, through an Agora project, but also by the Wright Foundation and the University of Geneva.

The idea for this exhibition came after an event organised by the Bibliothèque de Genève several months earlier: an invaluable manuscript preserved at the BGE was presented to the public in 2019. It is a manuscript by Luca Pacioli, a Renaissance mathematician, which presents, among other things, magnificent drawings of polyhedra. These drawings are said to have been conceptualized and possibly executed by Leonardo da Vinci, who was a friend of Luca Pacioli. The event at the BGE was programmed over two days and welcomed over than 1000 visitors. In view of the great interest shown, it seemed only logical that the University should, as everywhere else in Europe, participate in the celebrations linked to the 500th anniversary of Leonardo’s death.

The exhibition took place in the exhibition hall of the University of Geneva from 18th December 2019 to 20th February 2020 and offered interactive activities for the public (a perspectographer in math, videos on the viola organista in musicology, a model to observe the planetshine in astronomy, a device with sand and a projector to understand topographical changes in earth science, etc.). The exhibition, which was very well documented, also presented facsimiles of manuscripts by Leonardo’s hand, on loan from the Martin Bodmer Foundation, as well as the facsimile of Luca Pacioli’s manuscripts on loan from the Bibliothèque de Genève. A wide programme of visits, workshops and activities was offered to the public with activities especially dedicated to families and classes. The exhibition also hosted a concert with the Polish musician and instrument maker, Sławomir Zubrzycki, who recreated the viola organista, an instrument conceptualized by Leonardo da Vinci. Finally, a corner dedicated to outreach displayed the work produced by both young and old for the contest organised by the University’s magazine Campus Junior: “Draw your Mona Lisa”.

During the almost two months of display, the exhibition benefited from local and national press coverage and welcomed over 4,000 visitors, a record for the University’s exhibition hall. The feedback from visitors, teachers and participants has been extremely positive, proving once again that Leonardo continues to fascinate throughout time.

For permission to use the exhibition please contact our Exhibition Coordinator Joana Mailler.

PHOTOS FROM THE EXHIBITION: 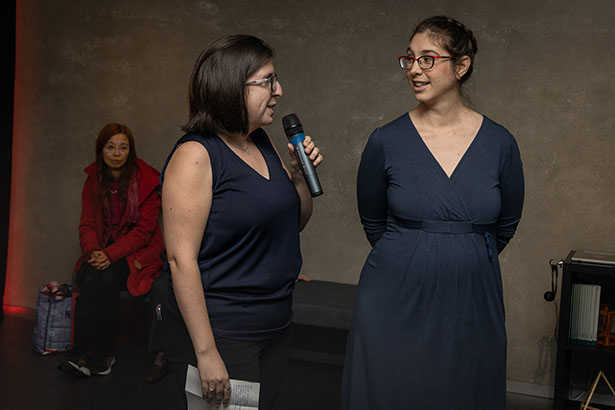