Dialogue between Quantum Physics and Arya Nagarjuna’s Philosophy of Emptiness 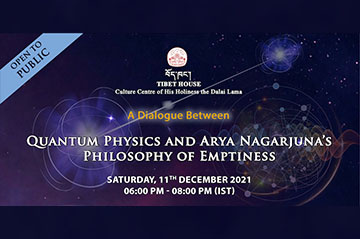 This Saturday, 11th of December 2021 at 6 PM- 8 PM (IST) Nicolas Gisin (UNIGE) will participate in a live-streamed public discussion the Cultural Centre of His Holiness the Dalai Lama in Dehli,

Topics to be covered:

2. Quantum Correlation and reality of relations in Buddhist philosophy

4. Concept of time in Quantum theory and time in Mulamadhaymika Karika