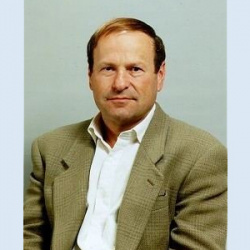 Professor Michael Sigal (Department of Mathematics, University of Toronto) is spending a year at the Institute for Theoretical Physics at ETH Zurich. He is a guest professor of the Physics Department and his stay is supported in part by SwissMAP.

Prof. Sigal is well-known for his contributions to quantum mechanics on topics such as resonances, large atoms, and scattering theory, where he for instance gave the first proof of many-body asymptotic completeness (with A. Soffer). A second main thread in Sigal's work is the analysis of evolution equations (in particular non-linear PDE’s) of Physics, such as the non-linear Schrödinger- and the Hartree-, Hartree-Fock- and Hartree-Fock-Bogoliubov equations, the Ginzburg-Landau- and the Bogoliubov-de Gennes equations of superconductivity, non-linear wave equations, geometric evolution equations (such as the mean-curvature equations).

During his stay Michael Sigal is collaborating with the SwissMAP members J. Fröhlich, G.M. Graf and B. Schlein.