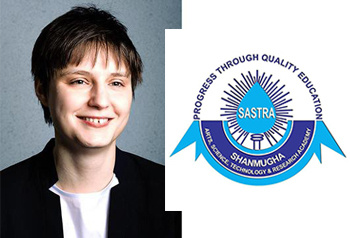 Congratulations to Professor Maryna Viazovska who has been awarded the 2017 SASTRA Ramanujan Prize from the Shanmugha Arts, Science, Technology & Research Academy (India).

The Prize will be awarded in December 21-22, 2017 at the International Conference on Number Theory at SASTRA University in Kumbakonam (Ramanujan’s hometown) where the prize is traditionally given each year.