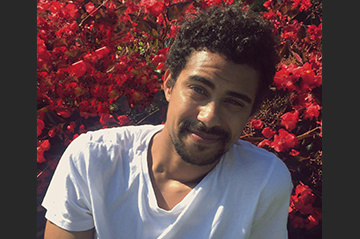 Donald Ray Youmans (UniGE A. Alekseev Group) speaks to us about his thesis defense and his future plans:

Topological theories are theories which are independent of the shape of the surface on which they are defined - those theories assign the same number, say, to a sphere and to an egg. On the other hand, it distinguishes a sphere from a doughnut (which are topological not the same due to the presence of a hole in the latter).

Conformal theories are more picky, since they do care to a certain extend about the geometry of the surface. But they are indifferent to transformations which preserve angles, such as translations or rotations and most importantly scalings. Thus, through the eyes of a conformal field theory everything is close, and at the same time everything is far apart from each other.

We studied their interplay. This might seem tautological at first, because a theory which is independent of the shape surely does not care about if the surface is stretched and thus it does not care about length and so forth. Thus a topological theory is always conformal. In practice, however, one encounters most often theories whose physical content, i.e. the quantities important for physics, may be indifferent to the geometry of the surface, but the theory in total cares about the geometry. In the case that the full theory is conformal, it is called topological conformal. While several constructions were already well studied, those always start with a theory which depends on the geometry and after twisting the theory around, one obtains a new theory which is topological conformal.

Topological conformal theories first arose in string theory where these are models which are better behaved and therefore easier to study. On the mathematical side, topological conformal field theories allows one to study certain spaces, called moduli spaces of surfaces, which is nowadays a big industry and attracts a lot of attention from both, the pure mathematics and theoretical physics community.

In the case of a successful defense, I want to continue to study the interplay of physics and mathematics. There are many follow up questions to the results we have discovered. I attempt to start a postdoc at the theoretical physics department of the University of Bern in the group of Prof. Matthias Blau. I am very happy that I was offered the chance to stay a few more years in Switzerland and I am excited to move to Bern and being able to continue exploring not only the mathematical but also the urban and rural landscapes.