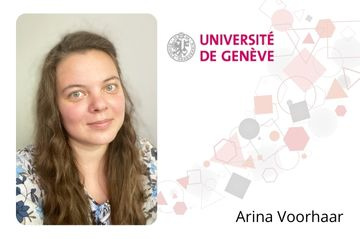 Arina Voorhaar (UNIGE, A. Alekseev's Group) defended her PhD thesis end of August. The title was «On the Newton polytope of the Morse discriminant».

In October she will be joining the University of Copenhagen as a postdoc in Karim Adiprasito's Group, where she plans to continue to build bridges between algebraic and convex geometry, singularity theory and combinatorics.

Portrait of a mathematician: Elise Raphael