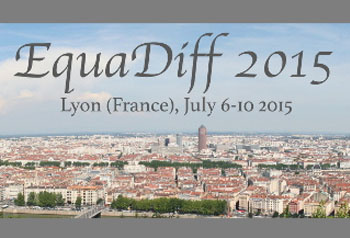 The Equadiff conferences are a series of international meetings devoted to the field of differential equations in the broadest sense. Spread all over Europe, recent locations include Prague (2013), Loughborough (2011), Brno (2009), Vienna (2007), Bratislava (2005), and Hasselt (2003).

On  July 6-10, 2015, hosted by University Lyon 1 at the heart of the second largest urban area of France, Equadiff 2015 continues that tradition. With 15 special guest speakers and 26 selected minisymposia, it aims at bringing together world-wide experts from

and of the analysis of problems issued from

A limited number of slots are also available for contributed talks.

CIB semester Analytic and Geometric Aspects of Probability on Graphs